The United Nations and the Palestinian State

The United Nations and the Palestinian State 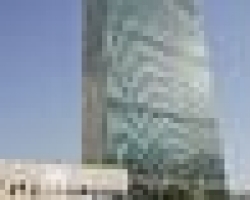 Early in September, the General Assembly of the United Nations will probably vote into existence an imaginary country which it will probably call Palestine. As Steven J. Rosen of the Middle East Forum said in his insightful article published on August 3, 2011: “Instead of recognizing either of the two state-like entities that already exist, each having many of the attributes of statehood required by international law, the General Assembly will create an imaginary state that has two incompatible presidents, two rival prime ministers, a constitution whose most central provisions are violated by both sides, no functioning legislature, no ability to hold elections, a population mostly not under its control, borders that would annex territory under the control of other powers, and no clear path to resolve any of these conflicts. It is a resolution that plants the seeds for civil and international wars, not one that advances peace.”

His entire article is really worth reading and can be found at: http://www.meforum.org/3000/palestinians-imaginary-state

It’s not easy to be Jewish…