I am the WAY + April Passover Sale

I am the WAY + April Passover Sale 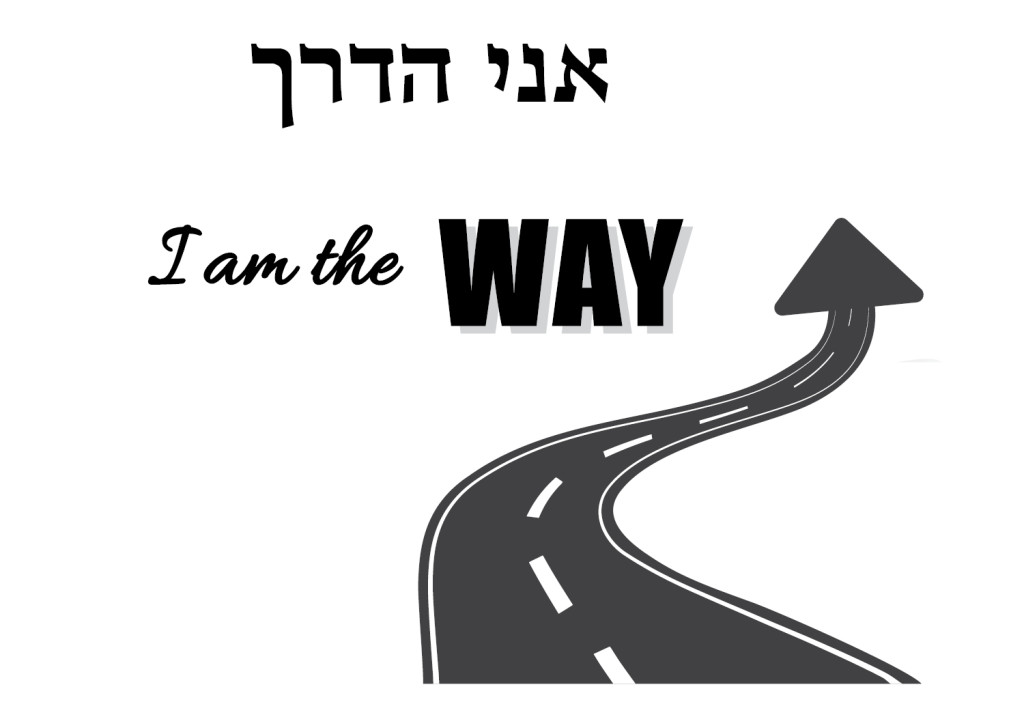 Alternative Routes
We recently read an article in The Shepherd’s Chapel about the alternate routes that the highways
of life offer us. There are routes (ways) that lead to life, and routes (ways) that lead to death. We
choose which routes to follow. God has given us a GPS—a God Positioning System. The roadways
that it is based upon are found in the Bible. The voice that guides and directs us is the Ruach
HaKodesh, the Holy Spirit. This inspired us to search the Scriptures to see what the Lord says about
WAYS—His ways and our ways. We found much more than we anticipated. The word WAY occurs in
at least 600 verses in the Holy Scriptures, culminating in John 14:6, one of the most important verses
in the New Covenant, the Brit Hadasha.

God’s Way: Blood
“And the blood shall be to you for a token (sign, ot (oat), in Hebrew) upon the houses where you
are. And when I see the blood, I will pass over you; and the plague shall not be on you to destroy you
when I strike the land of Egypt” (Exodus 12:13). As we celebrate Passover this year on April 10-11,
2017, we, as Messianic Jews, rejoice that death has passed over us because we have applied the
blood of God’s Eternal Passover Lamb, Yeshua, to the doorposts and lintels of our hearts.
The blood of the Passover lambs of the Exodus foreshadowed the final blood atonement of the
Lamb of God. Blood symbolizes life in the Holy Scriptures. No blood. No life. Where there is sin, there
is death, so blood must be present in order to go from death to life. God’s way. Always. Even in the
Garden of Eden, the Lord sacrificed animals (shed blood) in order to cover Adam and Eve (Genesis
3:21). From that point on, a scarlet thread is woven throughout the Holy Scriptures, culminating in the
final blood sacrifice of the Messiah.
Noah’s blood sacrifice, after the flood, of every clean animal, pleased God (Genesis 8:20-21).
When God cut a covenant with His friend Abram, there was the shedding of blood (Genesis 15). Blood
became God’s way of joining people to Himself. The sacrificial system later instituted at Mount Sinai
dramatically increased the flow of blood in God’s sacred, systematic plan of the ages. Leviticus 17:11
is a key verse concerning God’s way of forgiveness: “For the life of the flesh is in the blood, and I
have given it to you upon the altar to make atonement for your souls; for it is the blood that makes
atonement for the soul.” The ultimate aim of the blood of the sacrifices in the Mosaic system was
restored communion with God. No blood. No life. No fellowship with God.
The Unleavened Way
The Passover is immediately followed by the Feast of Unleavened Bread (Leviticus 23:6) on April
11-18, 2017, during which God’s People are to eat only unleavened bread for seven days. Leaven
(chametz, pronounced KHA-metz in Hebrew) is a type of sin in the Bible, since it causes dough (and
people) to be “puffed up.” Once sin is dealt with through blood, a way is made to be “unleavened.” This
is the way in which God would have His children walk. Through the blood of our Passover Lamb we
have the power to leave our leaven in Egypt!

A 2-BOOK WITNESSING BUNDLE: A Way in the Wilderness contains
essays in Messianic Jewish thought—perfect for an intellectual, Jewish pre-believer. Thought-provoking,
well-written, with topics such as “Did the Jews kill Christ?” and “Is the New Testament anti-Semitic?”
Highly recommended. I Have A Friend Who’s Jewish…Do You? An excellent little book with a big
message. A Jewish Jewels favorite! It proves scientifically, mathematically, historically, and prophetically
that God is real, and that He wants to give us the desires of our hearts. Every Tribe is Joshua Aaron’s
new, chart-topping CD featuring Mike Weaver (Big Daddy Weave), John Schlitt (Petra) and Chief
Joseph Riverwind. A Lawyer’s Case for His Faith book by Jim Jacob. As he would do in a courtroom, Jim
anticipates and systematically refutes the arguments against the Bible’s validity and Yeshua as Messiah.