How Did We Get Here?

How Did We Get Here? 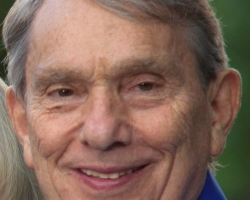 As many of you know, I find much of my information about BIBLICAL WORLDVIEW in the writings of Charles Colson as posted daily on www.Breakpoint.org

Today’s post discussed the National Debt Debacle that has paralyzed congress and the President. I have personally compared the situation to a family that has maxed out all its credit cards, but wants to buy more “stuff.” The solution; get a new credit card. The question is: HOW DID WE GET HERE?

By way of explanation, Colson wrote: “Americans as a rule used to be a frugal people. They believed in the Protestant work ethic — an honest day’s work for an honest day’s pay, save for a rainy day, don’t go deep into debt. Something changed radically. New York Times columnist Thomas Friedman wrote: ‘The generation that came of age in the last 50 years, will be remembered most for the incredible bounty and freedom it received from its parents and the incredible debt burden and constraints it left on its kids.’ Friedman calls this the ‘clash of generations.’ The greatest generation [the one that grew up in the depression and fought in WW II], scrimped and saved; their kids, the boomers, went on a big shopping binge. This is what happens when a false worldview comes home to roost. Remember that it was in the 1960s that existentialism and relativism took over college campuses. If there really was no God and life was really devoid of meaning, well, live it up while you can. Throw off the burden of moral restraints, of civic duty and responsibility. Find fulfillment in pleasure and self-actualization; not in service to others or in building a good and just society. This led to a culture of narcissism. There’s only one problem with the existentialist/relativistic worldview and the self-centeredness it breeds: It doesn’t work. It doesn’t foster the self-discipline, prudence, and moral character that individuals and societies need in order to flourish.”

Yeshua said: “The thief does not come except to steal, and to kill, and to destroy. I have come that they may have life, and that they may have it more abundantly.” This generation has interpreted the “abundant life” as material things. They have ignored the reality of the Kingdom of heaven which is not about physical things like meat and drink or cars and houses, but about the qualities of righteousness, peace, and joy which are only available through Yeshua. Truly, The Thief has stolen this truth from this generation.

May you live in God’s blessing and favor, experiencing His righteousness through the risen Yeshua and the PEACE and JOY which are the true ABUNDANT LIFE.

The Bible in Our Backyard – Part2