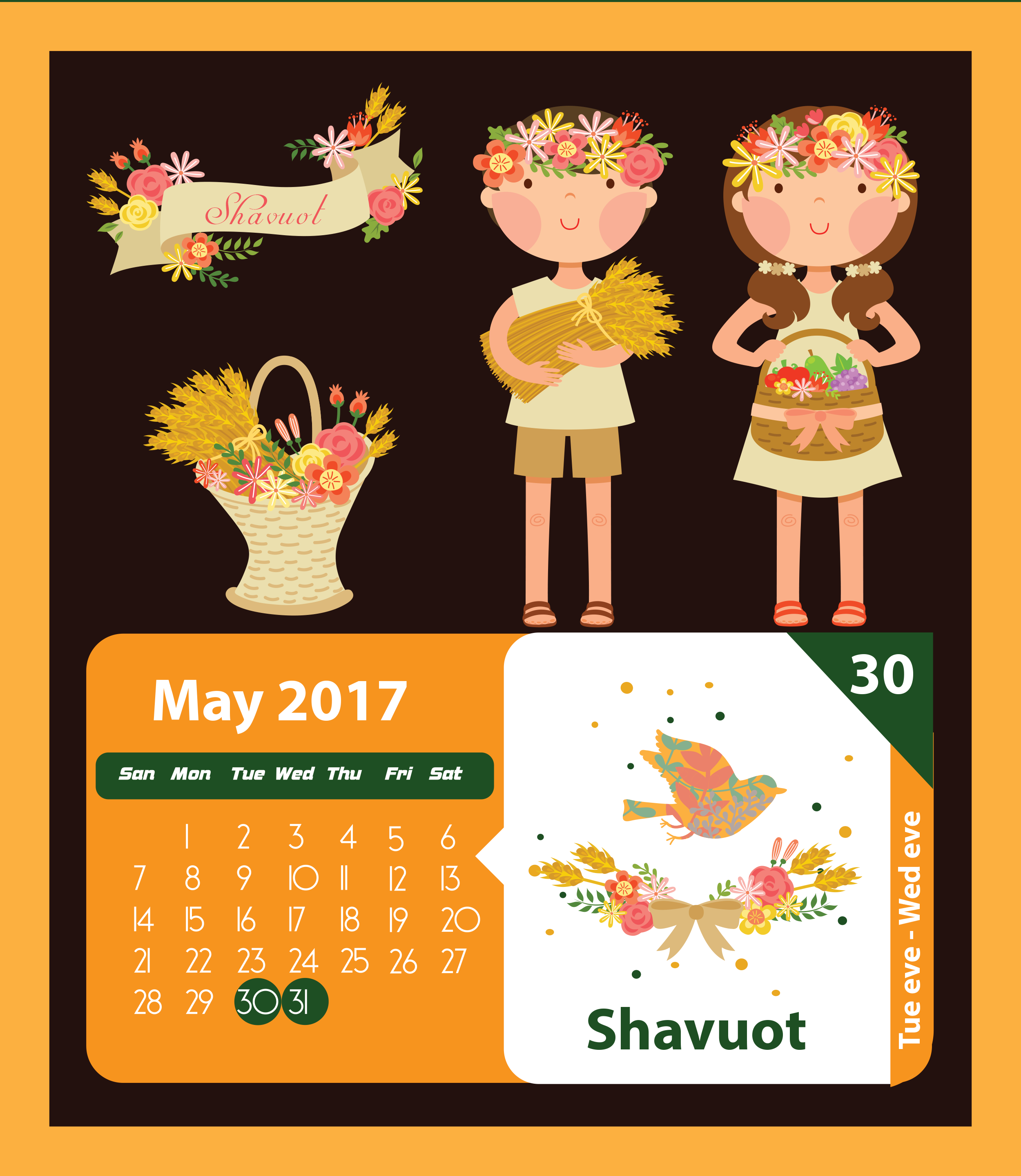 ot
In biblical times there were three harvest festivals in the Land of Israel. The first was the Omer festival during Passover, when the offering of barley flour was brought to the Temple. Seven weeks later came Shavuot (Pentecost), the festival of the firstfruits (“bikkurim,” pronounced bee-ku-REEM), when the wheat ripened. Finally, there was Sukkot (Tabernacles), the feast of the ingathering with the grape and olive harvests, which concluded the agricultural year.
In God’s redemptive plan, two of these three harvest festivals have been fulfilled. Both Passover and Shavuot have to do with grain. During the Passover harvest festival Yeshua was raised from the dead, precisely on “Firstfruits” during the Feast of Unleavened Bread as “…the firstfruits of those who have fallen asleep” (1 Cor. 15:20). Yeshua was the first of a great harvest of those who will be resurrected from the dead
(1 Cor. 15:21-23).
The harvest festival of Shavuot was fulfilled with a great harvest of souls when Yeshua sent the Ruach HaKodesh, the Holy Spirit, to indwell His followers in an Upper Room in Jerusalem. While 3,000 souls perished 1,500 years earlier at the giving of the Law (Ex. 32:28), 3,000 were saved at the giving of the Spirit (Acts 2:41). These new Messianic Jewish believers were the “firstfruits” harvest of the “Bread of Life” (Yeshua) whom the God of Abraham, Isaac, and Jacob brought forth from the earth.
Shavuot is called the Feast of Harvest (Hag HaKatzir) in Ex. 23:16. Along with Passover and Sukkot, it was one of the three times in the year when the men of Israel were commanded to appear before the Lord-in gratitude, with offerings: “…none shall appear before Me empty” (Ex. 23:15).
While both the Feast of Firstfruits and the Feast of Shavuot were celebrated with firstfruit offerings, the offering for Shavuot was unique. The new grain offering to the Lord was to be two loaves of leavened wheat bread: “You shall bring from your habitations two wave loaves of two-tenths of an ephah. They shall be of fine flour; they shall be baked with leaven. They are the firstfruits to the Lord” (Lev. 23:17). These two leavened loaves presented to the Lord at the Feast of Harvest foreshadowed the two groups of people, both sinners by nature, whom the Lord would one day sanctify by sending His Spirit to indwell them. Both loaves (Jew and non-Jew) would be as one in the hands of the priest (Yeshua).
Shavuot marks the official end of the barley harvest and the beginning of the summer (wheat) harvest season. In recent years it has also been referred to as “Atzeret,” meaning conclusion. This is due to the fact that Shavuot is considered as the conclusion of the Passover season, and of the seven-week spring harvest. Just as the Israelites were not truly free until they received the Law at Shavuot, showing them how to live, believers are not truly free until they embrace not only redemption through the blood ofGod’s Lamb, but His Word as their standard of living.
Theodor Gaster, in Festivals of the Jewish Year, sees Shavuot as a celebration of the end of a spiritual harvest, which began with the deliverance from Egypt and reached its climax with the conclusion of the Covenant. “And just as the ingathering of the crops is the necessary condition of life and prosperity during the ensuing year, so the event at
Sinai is the necessary condition of Israel’s continuing existence and fortune.” Since Shavuot is a time of harvest in Israel, the Book of Ruth is traditionally read due to its harvest theme. Wheat and barley (both mentioned in Ruth 2:23) are closely associated in Jewish thought, since they are two of the four species with greatest importance in the land of Israel: wheat, barley, grapes, and olives. As Nogah Hareuveni points out in her book, Nature in Our Biblical Heritage, “These four are mentioned
throughout the Bible by the names grain (wheat and barley), wine (from grapes), and oil (from olives).” These harvest related foods were included in the words which the Israelites were commanded to write on the doorposts of their houses and upon their gates: “And it shall be that if you diligently obey My commandments which I command you today…then I will give you the rain for your land in its season, the early rain and the latter rain, that you may gather in your grain, your new wine, and your oil” (Deut. 11:13-14).
Grain, wine, and oil. God has given us all of them through the Messiah Yeshua. Grain: He is the Bread sent down from Heaven. Wine: His blood on the altar has atoned for our sin. Oil: He has given us His Spirit to enable us to live for Him. We have reaped a harvest of blessing through repenting of our sin, putting our faith in the sacrificial death of the Messiah, and exchanging our sin for His righteousness. “…unless a grain of wheat falls into the ground and dies, it remains alone; but if it dies, it produces much
grain [fruit]” (John 12:24).
From all of us at Jewish Jewels,
May you be abundantly fruitful for Him
Tagged under: 2017, Jewish Jewels, Shavuot

A Month of Drawing Close

Yeshua in the Old Covenant